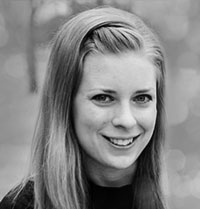 Amy married her high school sweetheart in 2011 and always dreamt of having a family in the future. In 2013, they decided it was time to start their family, and it was at this time that their difficult journey began. When many attempts to conceive were unsuccessful, Amy went to her OB and was diagnosed with a thyroid disorder. After a thyroid ablation, Amy was assured her fertility would return. It didn’t. Amy was referred to a Reproductive Endocrinologist and began oral medications with daily injections. On their third round of treatment, Amy and her husband were pregnant! However, this pregnancy resulted in loss. At Amy’s 5 week follow-up appointment following the miscarriage to discuss how to move forward with treatment, Amy discovered she was spontaneously pregnant and her baby girl was born January 2017. Soon after the birth of her daughter, Amy and her husband began trying to expand their family again. Amy suffered secondary infertility and sought treatment with the same regimen as before. Amy once again was successfully pregnant, but once again suffered a loss. After taking several months off from the rollercoaster that is infertility, Amy began treatment again. This time everything seemed to go wrong. Amy was responding differently to medications, and when her cycle was about to be cancelled, there was a glimmer of egg growth. Unwilling to give up, Amy pushed through treatment and it was this crazy cycle that resulted in another beautiful baby girl born July 2019!